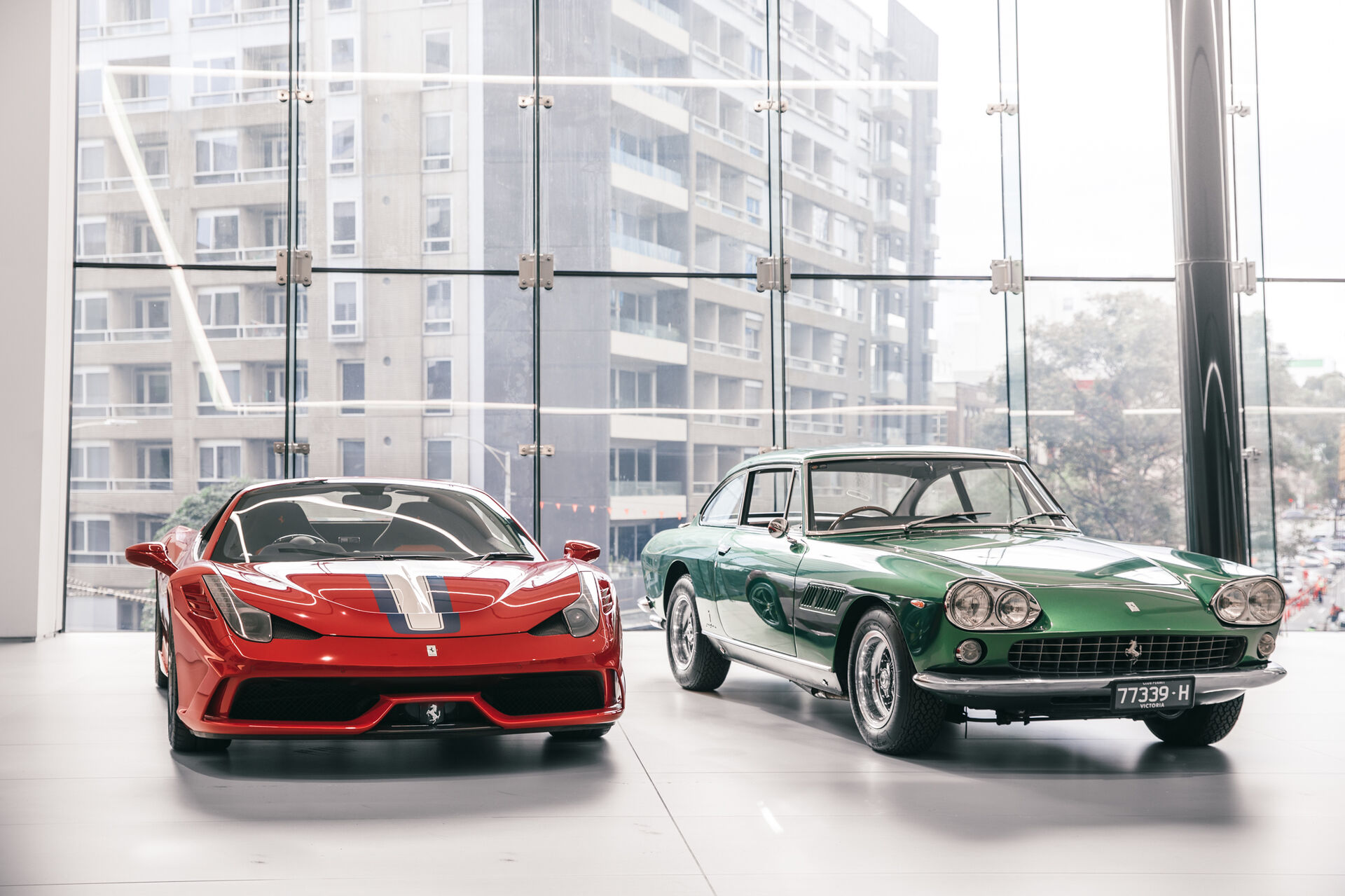 WOMEN were very much front of mind last week when Ferrari Australasia rolled out $11 million worth of its fanciest metal to celebrate the marque’s inaugural participation in the upcoming
Targa Florio Australia Tribute.

‘Being a Ferrari-endorsed event, we had to make sure we secured all the right hotels, the best restaurants, so it’s capped at only 40 cars.’

Over five days from November 28, the epic motorsport event will wind its way through some of the most scenic parts of regional Victoria in only the second time the
Targa Florio has been held outside its home country, Italy. Now considered one of the world’s most ancient road-based events, last year’s running of the Targa Florio Australian Tribute was the
first time it had been held on foreign bitumen since kicking off in Sicily in 1906.

Ferrari Australasia’s chief executive officer, Herbert Appleroth, is hoping there’ll be plenty of women driving the limited number of classic and modern Ferraris that will be allowed to take part.

“We’re capped because, being a Ferrari-endorsed event, we had to make sure we secured all the right hotels, the best restaurants, best accomodation, so it’s capped at only 40 cars,” Appleroth says.

Women represent 9 per cent of Ferrari drivers in Australia – the highest rate of female Ferrari ownership in the world – but Appleroth has made no secret of his drive to get that number up to 15 per cent in the not-too-distant future.

He’s putting his money where his mouth is, too, knowing that the best way to get women to buy Ferraris is, first, to get them past the intimidation-factor often associated with high-performance vehicles. The next trick is to actually get them behind the wheels of his cars.

To that end, Appleroth’s set up a new “Ferrari Driven Women” program to enable women to experience Ferraris the way they were designed to be driven – fast, on a racetrack. Madam Wheels took part in the first of these events and can understand why they are gaining, as Appleroth says, “huge momentum”.

Today, the Targa Florio is a symbol of some of the best things in life – a passion for cars, luxury, elegance and the Italian lifestyle. It predated Formula One racing and was considered pretty dangerous back in the day. Of course, this meant it attracted the greatest racing car drivers around, as well as cars from the most prominent car makers, including Ferrari and its founder, Enzo Ferrari.

It’s a “regularity race” which means speeds must be tamed. Drivers nominate their average speed for the days leg and those closest to what they predicted end up ahead. It’s held on public roads, at any rate.

The event is a nod not only to classic cars that took part in the original races but also to beautiful scenery. And there’ll be plenty of that on the Victorian drive, which takes in the Great Ocean Road, Mornington Peninsula, Bellarine Peninsula and Yarra Valley. The five-day route is included here.

Ferrari owners and their classic and modern cars from around Australia and the greater Asia Pacific region are expected to take part.
The cost will be $7000 per Ferrari couple. That’s if there are any spaces left.

Ferrari staff were signing up participants at the launch event, with Appleroth predicting they were already close to capacity before the night ended.

No doubt the cars on show at the CBD-based Ferrari Zagame, which hosted the launch event, inspired some to get on board. Included in the mix was the iconic, lightweight F40,
the last of the analogue super cars and highly sought because of it. Also present was the deceptively pretty 360 Challenge Stradale, a favourite among
staff at the company’s factory at Maranello for its raw, go-cart-like dynamics and exceptionally loud note. Known affectionately as “the baby Enzo”, it’s just really cool.

Madam Wheels columnist Jemima Clarkson was more taken by a yellow F12 TDF (Tour de France).
She’s weighing up parting with the $2m asking price given it originally sold, apparently, for $900,000. Knowing Jemima, she’ll get it if she
wants it and will probably beat the price down, too. She’s competitive like that.

Then look out, Targa Florio.