Cult Italian hyper car maker Pagani Automobile turns 20 this year and is marking the occasion in typically record-breaking style at the 2019 Goodwood Festival of Speed.

From Thursday, Pagani owners and fans of the hand-built brand have been invited to join the company’s legendary founder, Horatio Pagani, at the four-day festival where the largest and most valuable collection of Pagani vehicles ever assembled in Great Britain will form up. Around 30 Pagani Zonda and Huayra models – with an estimated collective value of more than £100 million ($A180m) – will travel in convoy from London to the hill-climb spectacle at West Sussex, England. (One hopes they’ll have a police escort, not only to ensure the valuable vehicles’ safe arrival but also manage probable incidents caused by passing drivers being distracted by what will surely be a jaw-dropping procession.)

Later that day, 20 Zonda hyper cars – one car for each year since the first Pagani Zonda was introduced in 1999 – will participate in the Festival of Speed Hill climb. 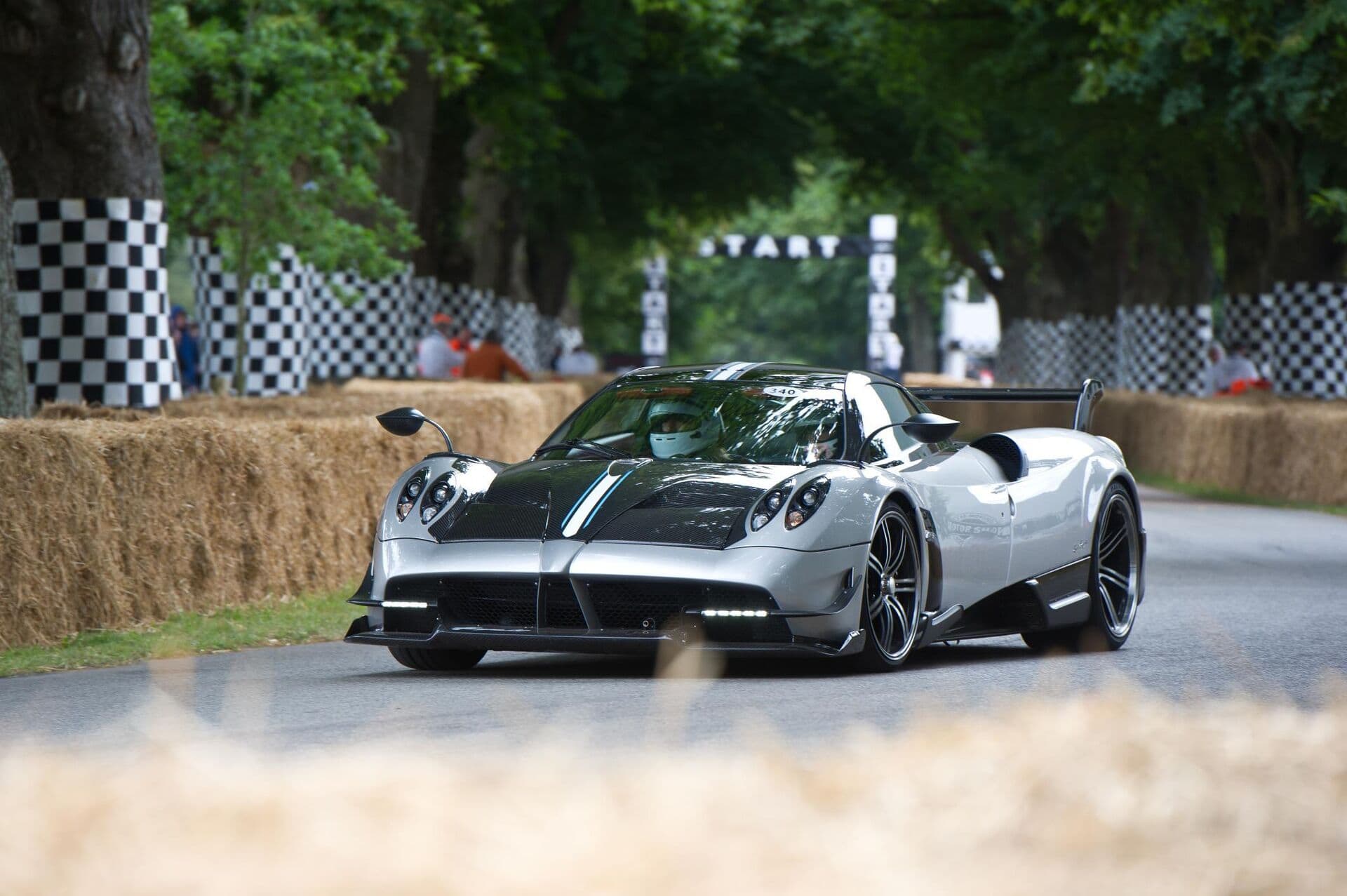 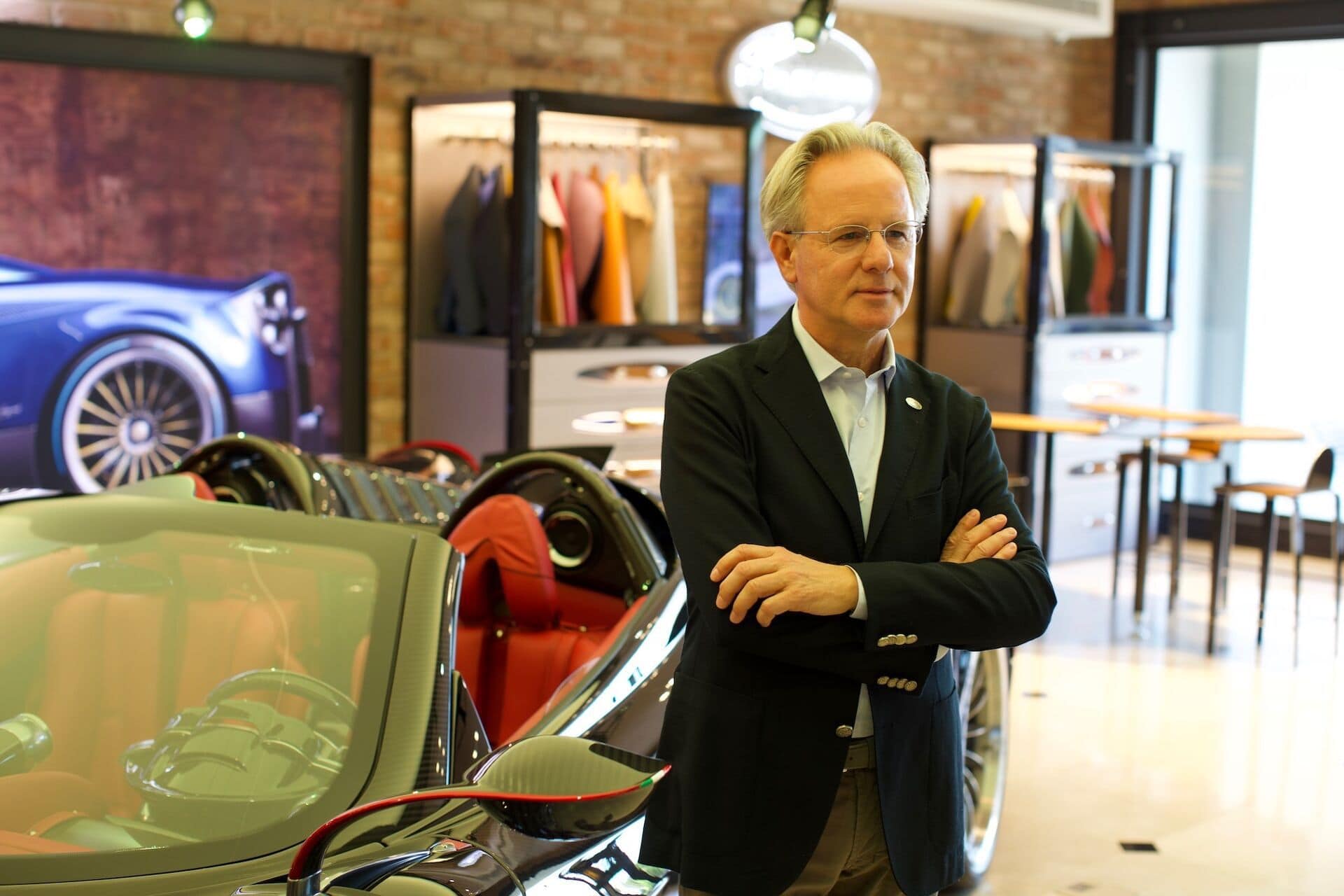 Five of the marque’s most significant Zonda models will remain on display for the rest of the festival, including the the very first Zonda of 1999, the Chassis #1 C25, as well as the 2018 Zonda Roadster, a car which holds the record for the world’s most expensive new car at launch at £15m ($A27m). If you’re wondering how Pagani vehicles can fetch such astronomical prices, take any opportunity you get to inspect them up close. They’re spectacular, almost works of art, with every detail – right down to the smallest screw – designed to be both beautiful and functional, Pagani says. Of the 30 to 40 vehicles the Modena-based company produces each year, most are sold often years in advance. So it’s little wonder Pagani owners from as far away as New Zealand, the US and Hong Kong are booked to attend the Goodwood Festival of Speed especially for the Pagani party.

‘They’re spectacular, almost works of art, with every detail – right down to the smallest screw – designed to be both beautiful and functional.’

If you want to see the cars in Australia, there is only one on show, in a Richmond showroom that’s part of Melbourne’s Zagame Automotive Group. Zagame become the sole distributor of Pagani vehicles in Australia in March last year, fulfilling a long-held dream of the company’s managing director, Bobby Zagame, who reckoned he could sell one of two of them here a year. He’s about to deliver his first roadster to a Sydney customer who won’t be keeping the valuable set of wheels in lock down. “We believe he’ll use it, and have it out on the road on weekends [so] not just have it sit with a collection and never drive it,” Zagame says. Pagani himself attended lat year’s Richmond launch where he unveiled a $5.5m left-hand-drive Pagani Huayra Roadster. A new Huayra (pronounced “why-ra” in Italian) is now on the Richmond showroom floor – this one a right-hand-drive with an asking price of $6.5m – sharing stable space with vehicles from two British brands, Rolls-Royce Motor Cars and Aston Martin. 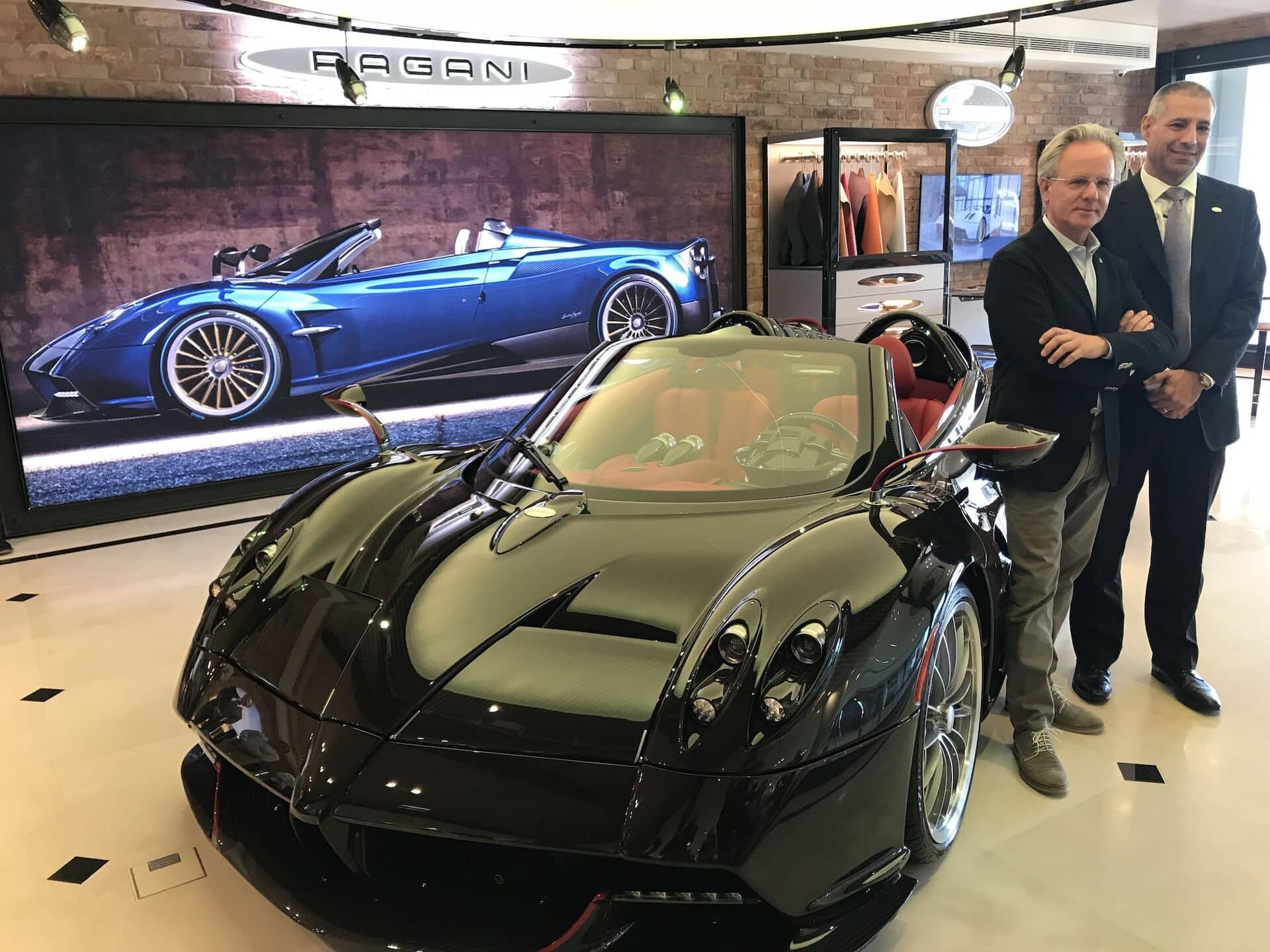 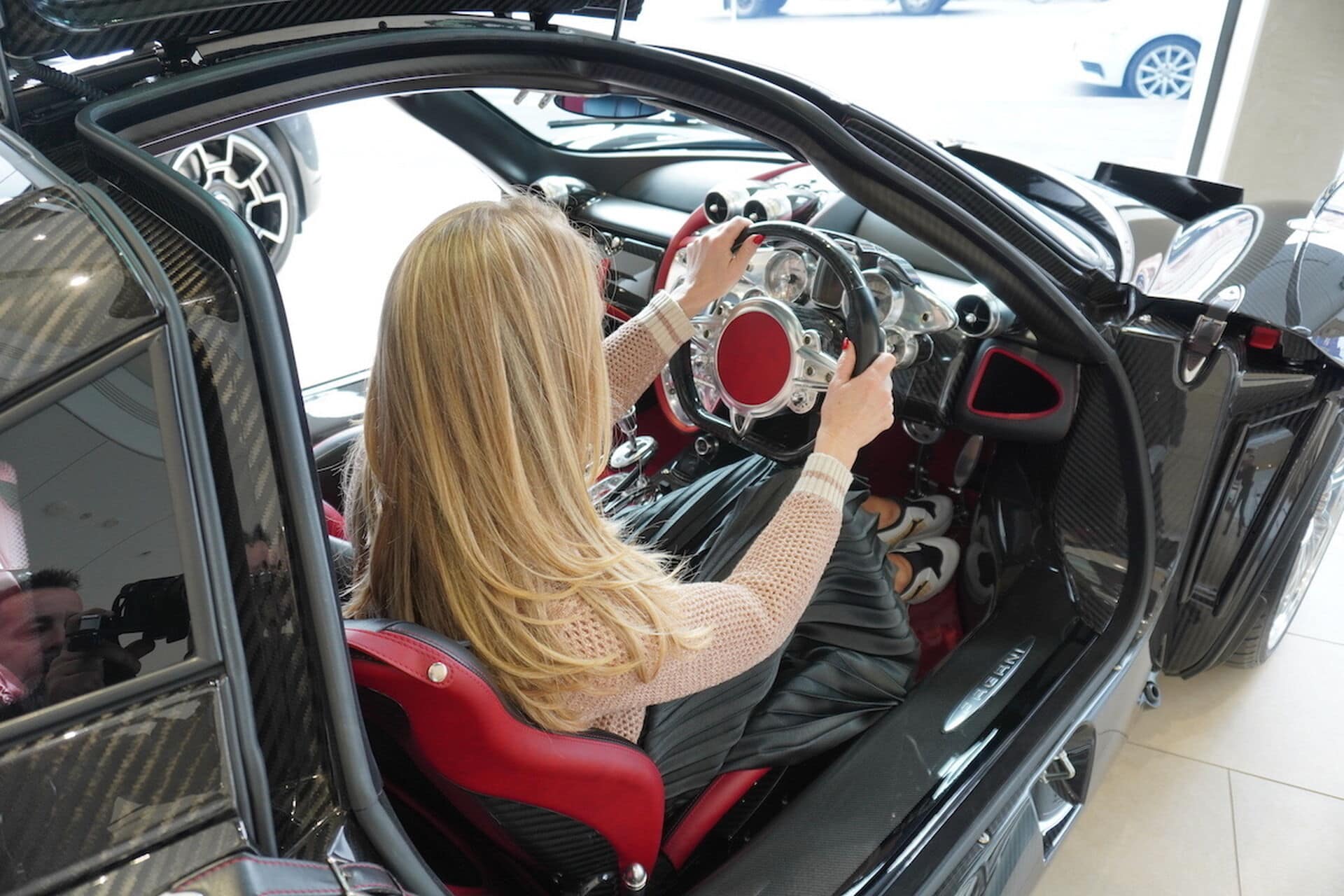 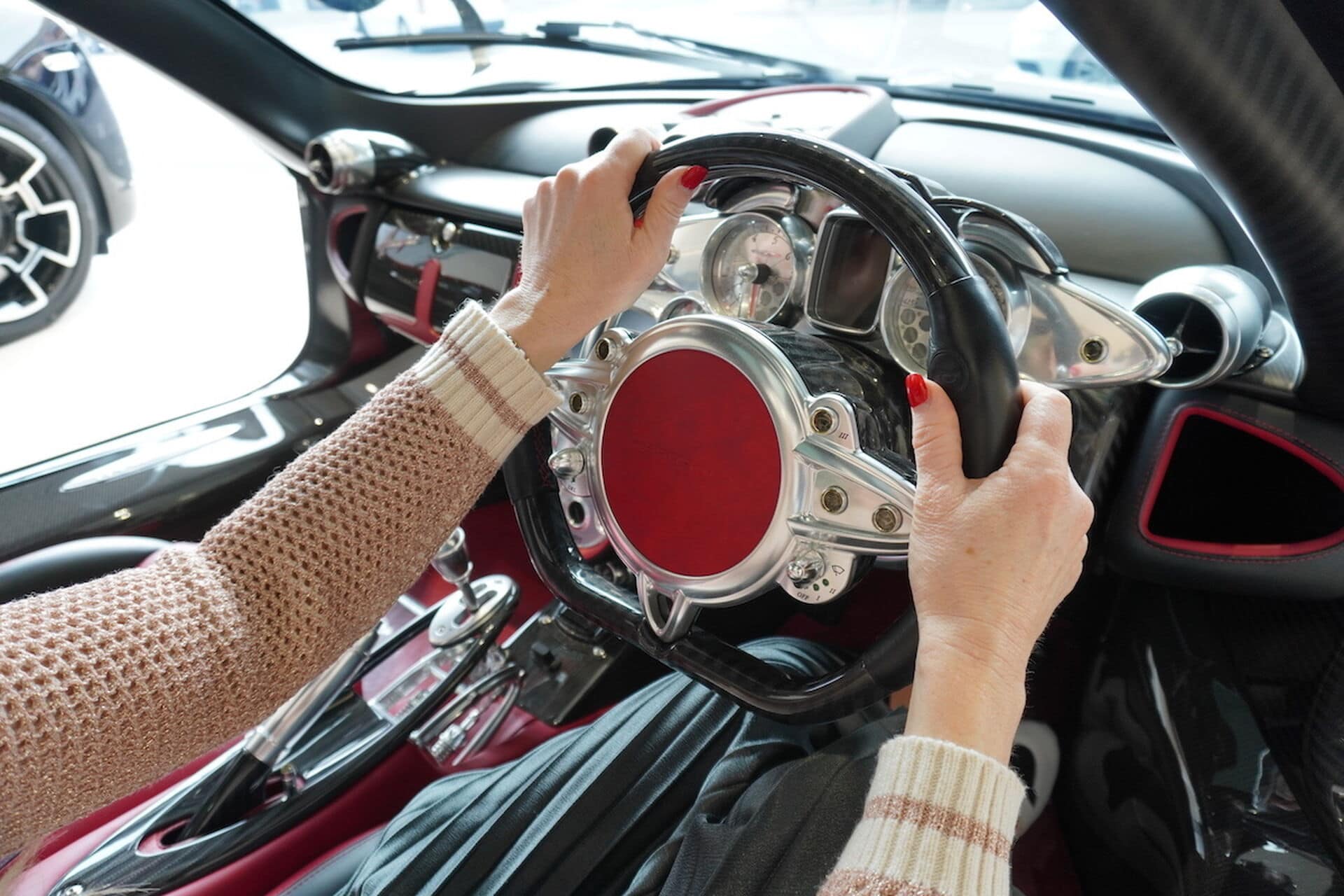 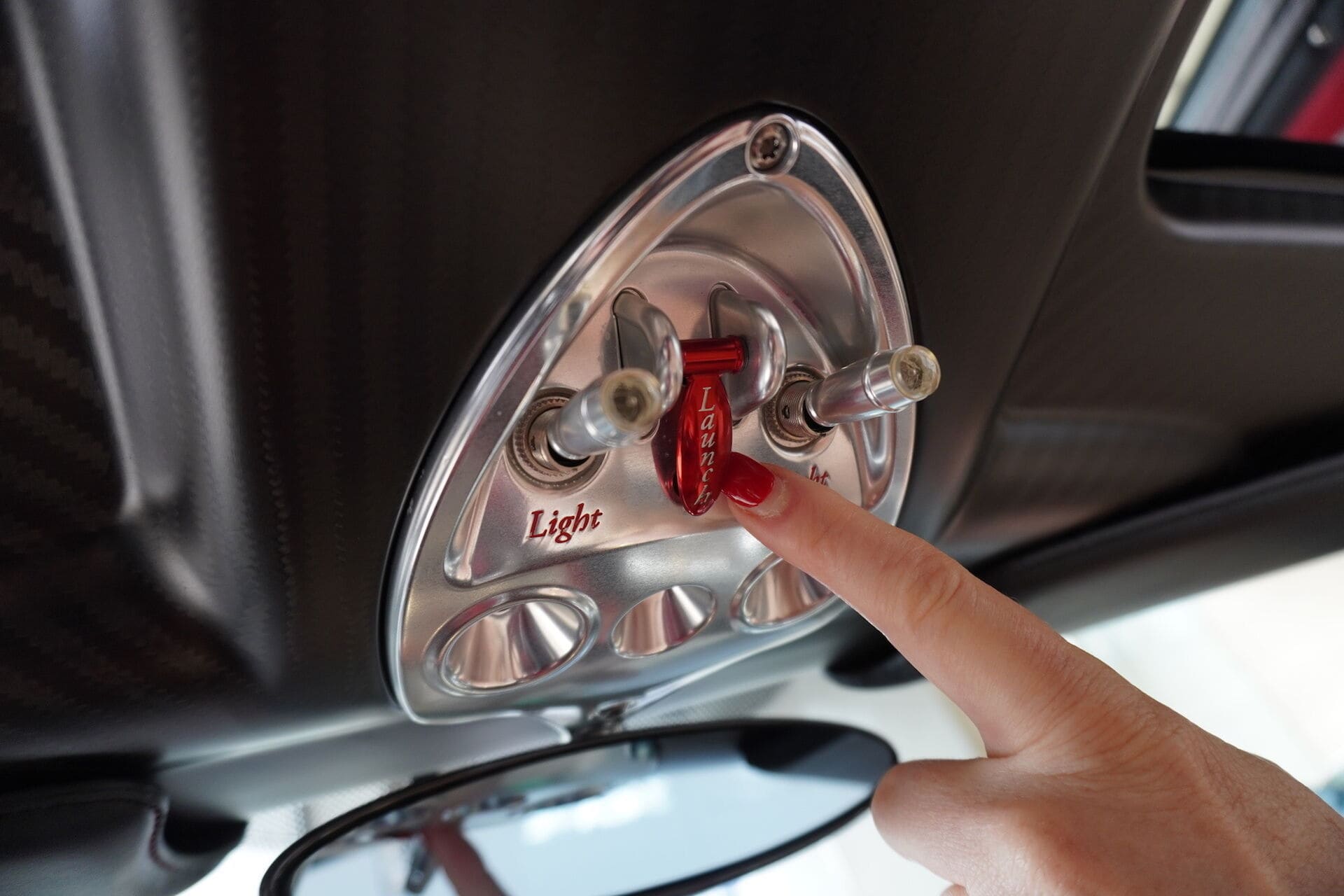