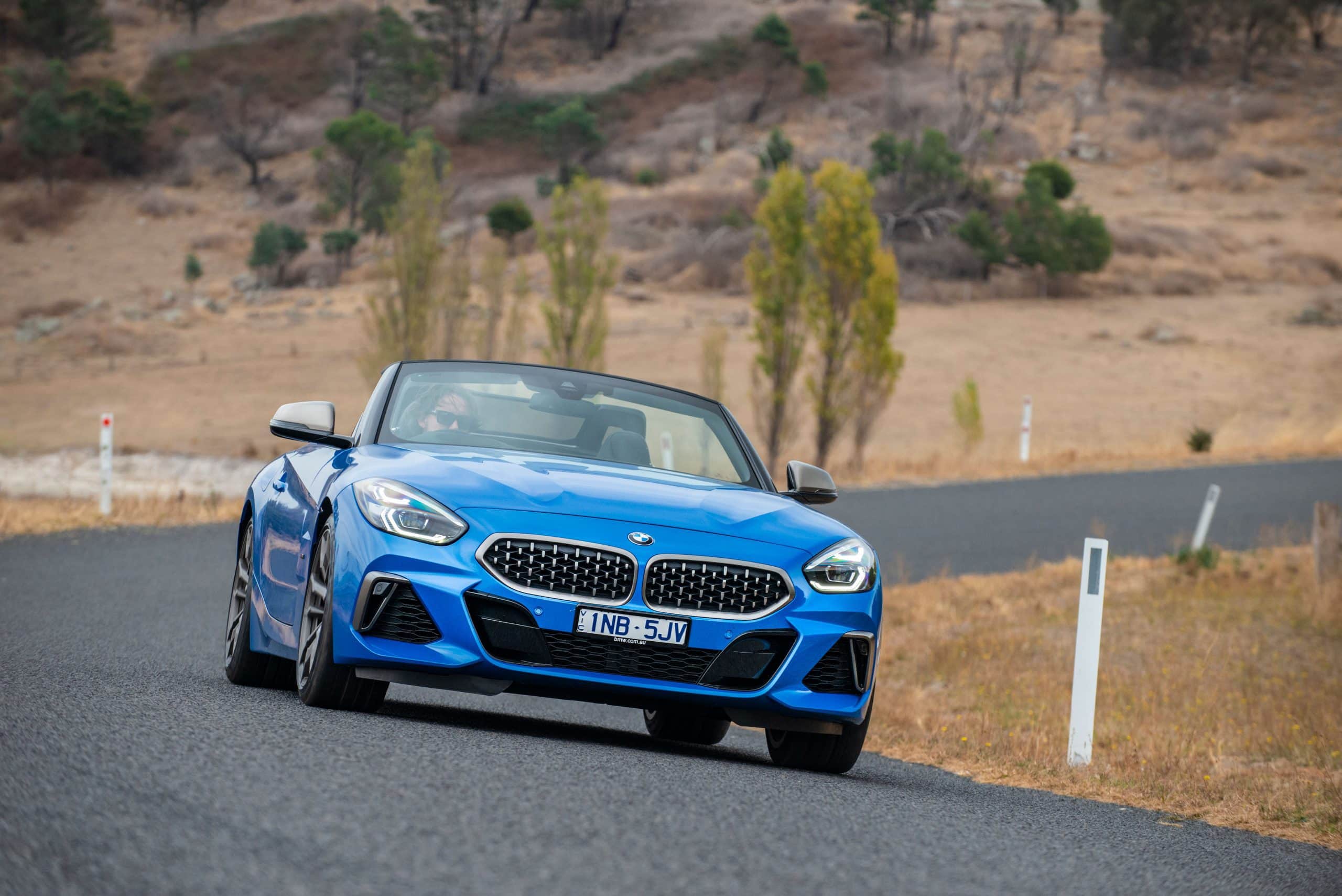 Two-seater roadsters are all about the thrill of – and passion for – driving, delivering to those in the cockpit all the dynamics from outside, whether the roof’s down or not.

The all-new BMW Z4 delivers on this in spades and throws the challenge down to rivals in the Audi TT roadster and Porsche Boxster.

Take one look at Z4’s reimagined sleek and sexy body and all you’ll want to do is get in it and drive it. Madam Wheels did just that over a week around autumnal Melbourne, testing the BMW Z4 sDrive20i with M Sport Package. That denotes the model’s entry-level four cylinder with the addition of the Sports Pack from BMW’s high-performance M division. So it packed a punch. Here are five things we particularly love about it. 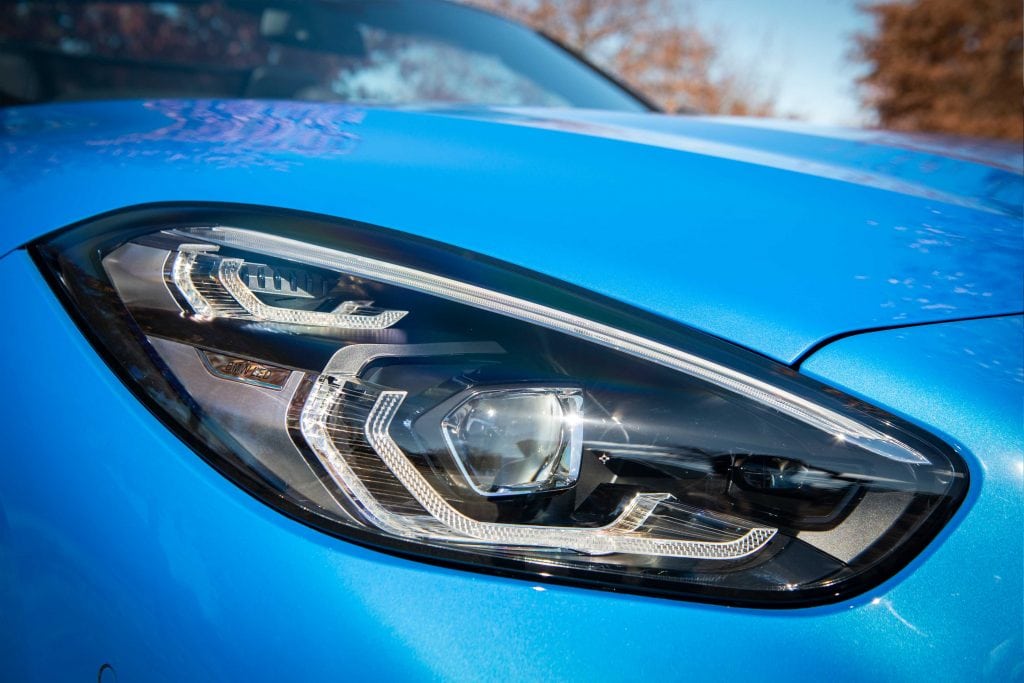 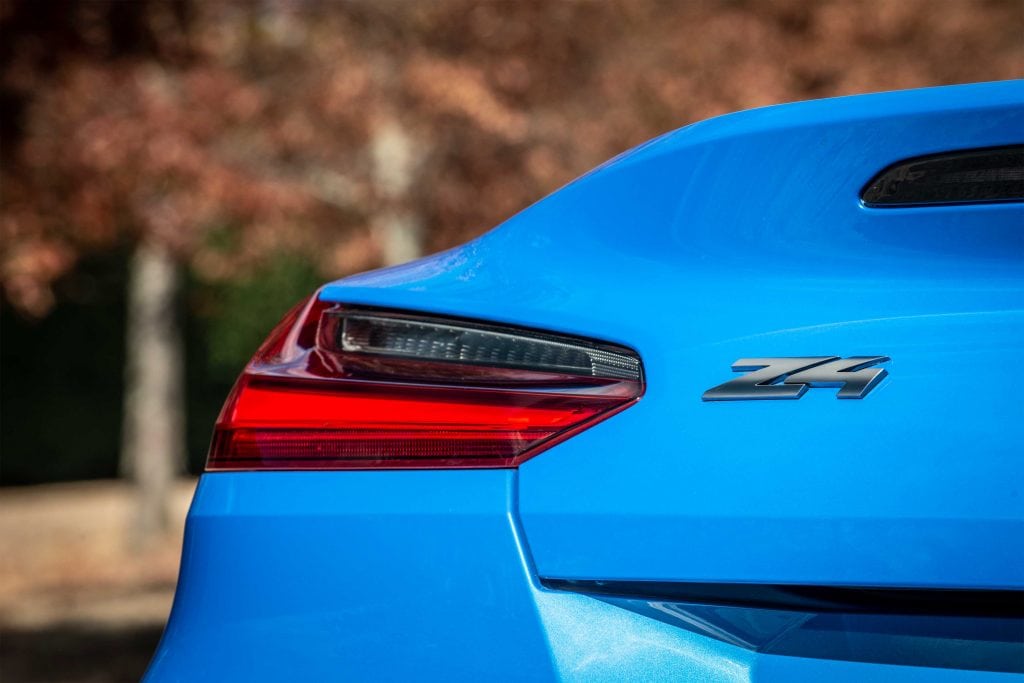 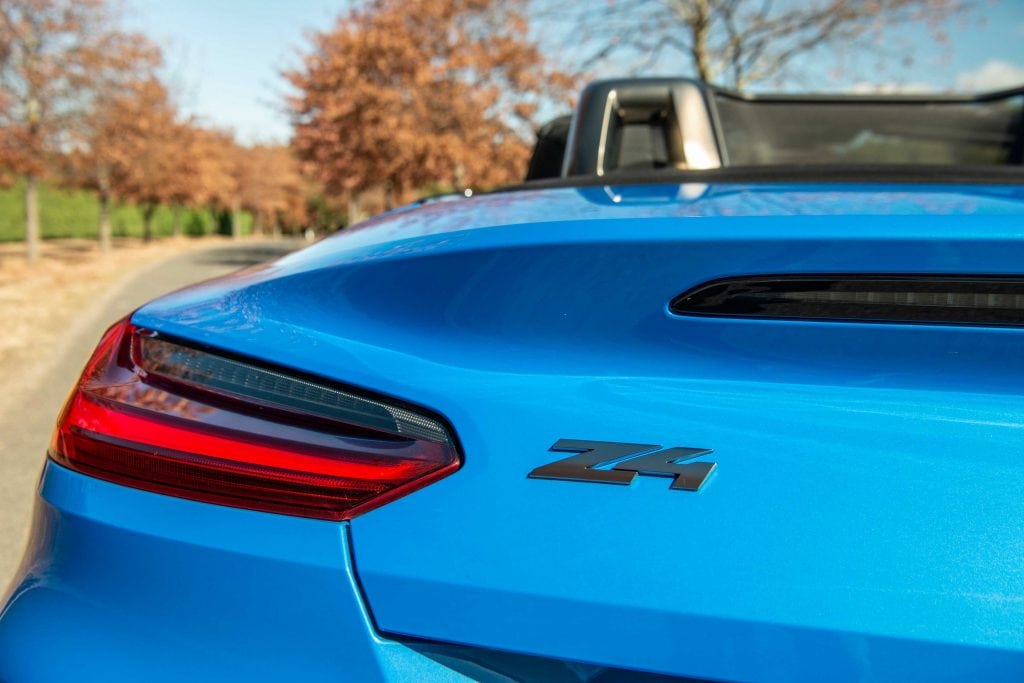 It was designed by an Australian

Hip-hip-hurray to our clever Calvin Luk who outdid colleagues in BMW’s talented global design pool to earn the opportunity to move outside BMW’s traditional design language and find a more relevant re-imagination of the BMW Z4. After a rigorous and lengthy selection process, BMW’s Board of Directors settled on Luk’s Z4 vision which blended sporty sophistication with a sense of wicked fun – an entirely appropriate interpretation for a two-seater roadster, no? 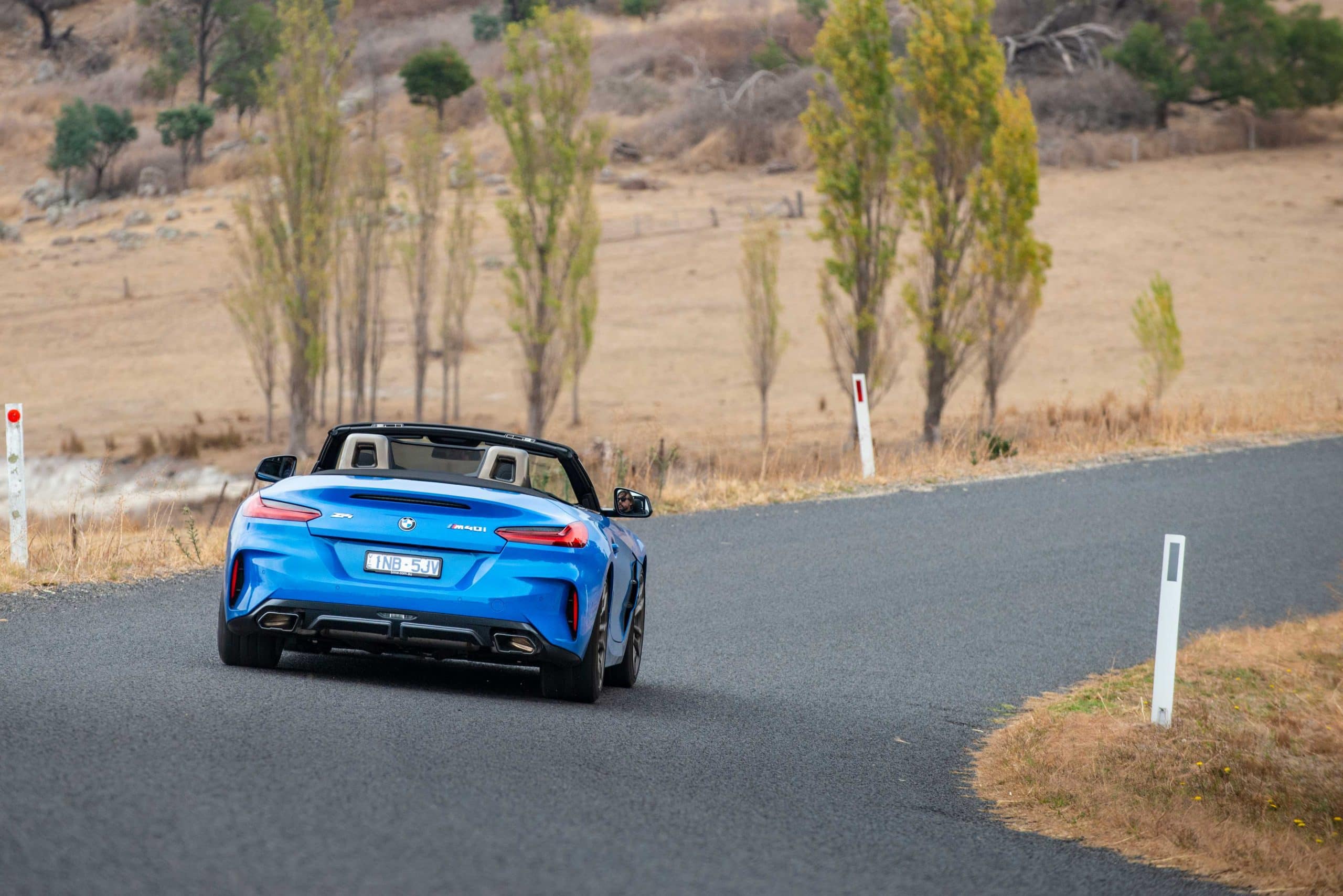 Onboard tech and functionality

Typical of BMW, the build quality in the Z4 is solid and everything feels super expensive. The tech is fast and intuitive and the phone connection quick.

There are two 10.3-inch screens on board including the instrument cluster, and the infotainment is very, very good. Its screen is intuitive, looks smart and is clear, with menus accessible by swiping, using a rotary wheel in the center console or voice commands. The screen layout is customizable so different features can be positioned to where you prefer them to be.

The sat-nav system is a snap to master, is quick to load and does a good job of directing around traffic (though Google Maps or Waze may still be better in our view). And we like that it will identify parking near the destination or fuel station en route.

To go topless, the Z4’s fabric roof makes for zippy removal. It’s about 50kg lighter than the folding metal of the outgoing version, which adds to the Z4’s already impressive performance prospects.

Inside and in the boot, there’s good space compared to other cars in the market. We went shopping to test that. You’re welcome. 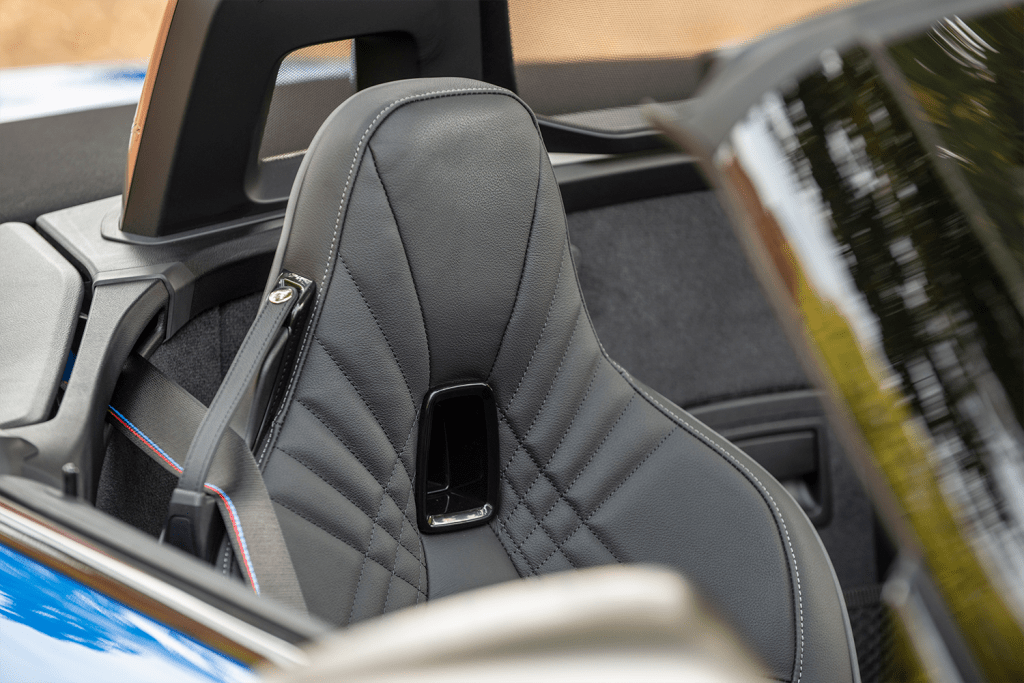 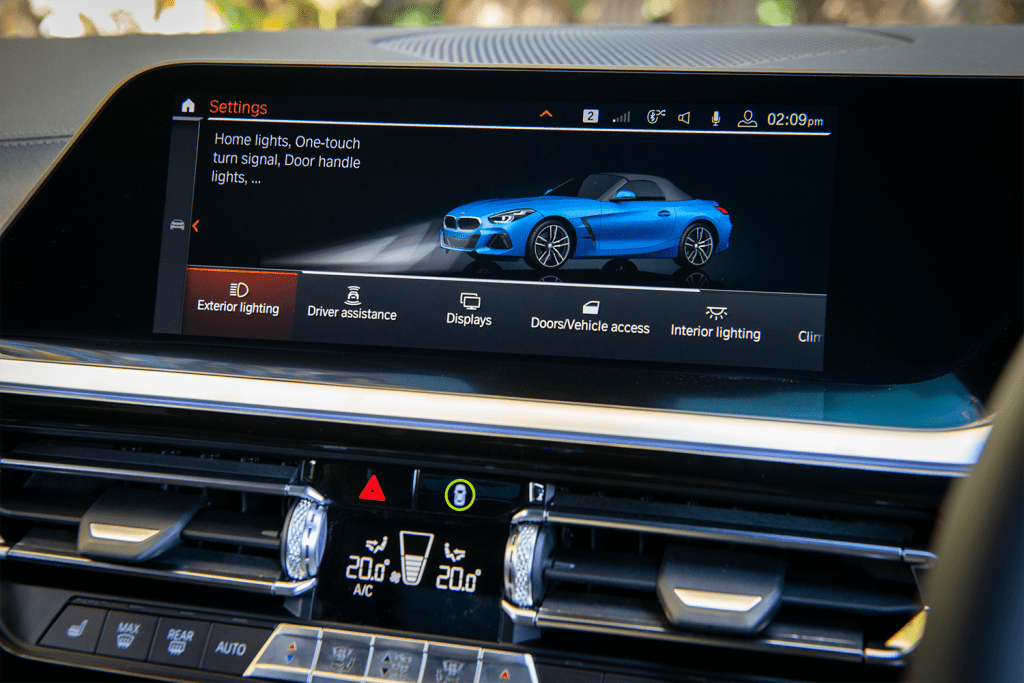 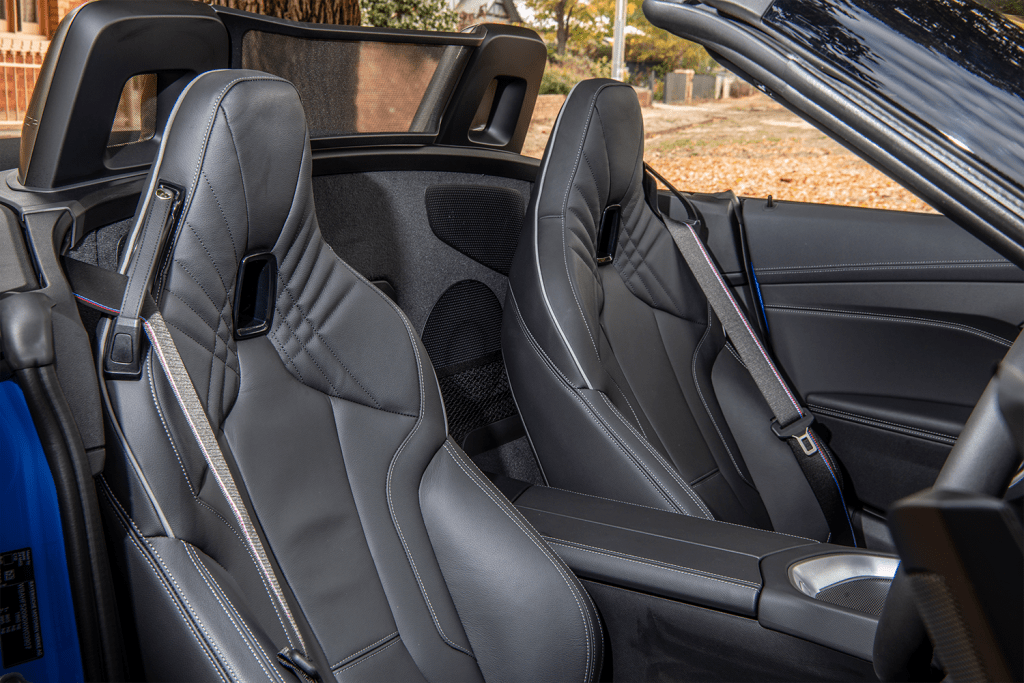 We love the Z4’s deferential nod to the iconic Z8, starting at the front end in the low and wide kidney grilles and high-set headlamps flowing over the wheel arches. Unique to the Z4, however, are the double-round vertically stacked icon lights. The Z8 theme continues at the back with the futuristic, thin rear L-shaped tail-lights which are modernised via an almost three-dimensional effect. This is new to BMW and we hope we see more of it in future models. 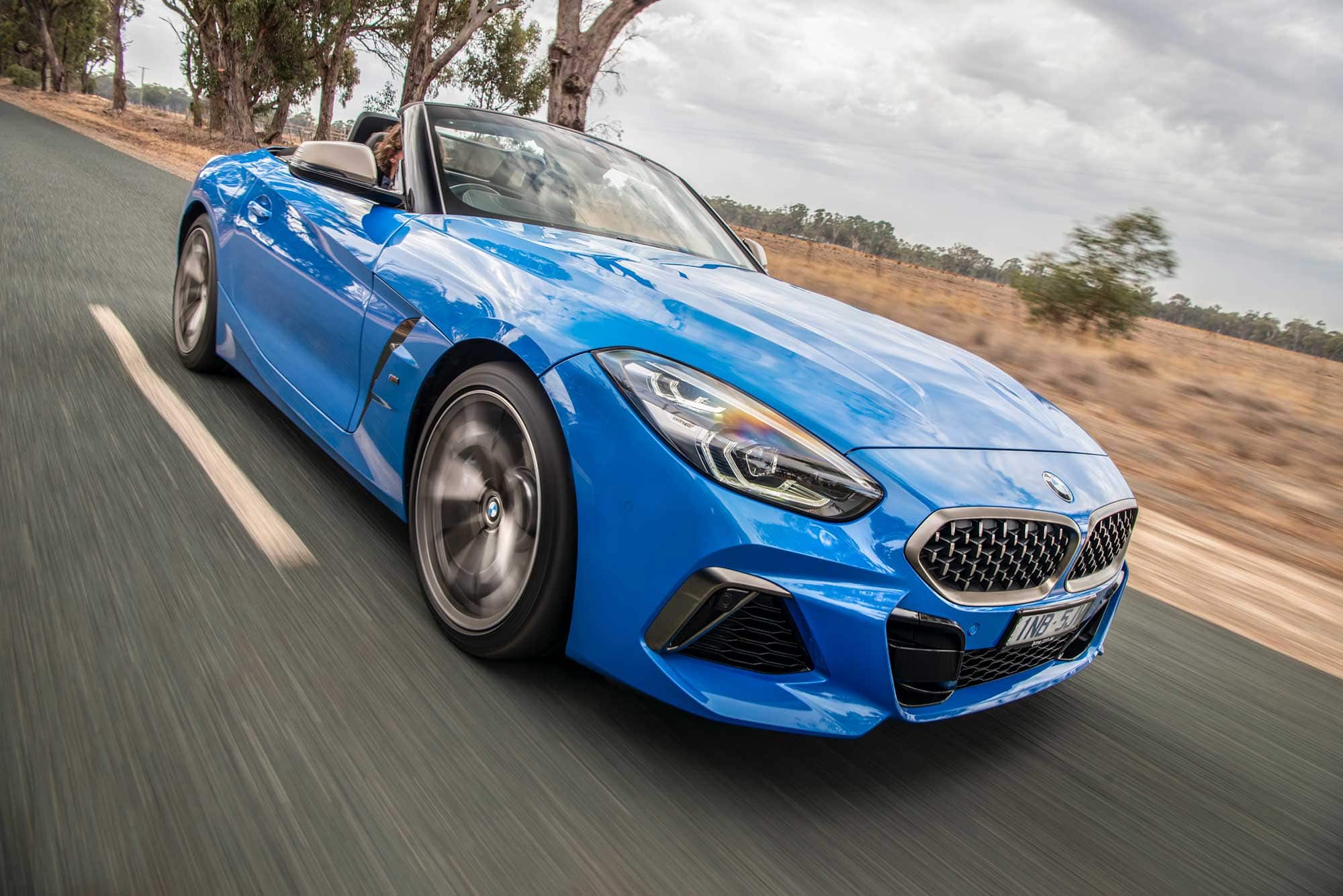 Luk has cleverly managed to position and shape front air intakes, side curtains and crease lines into the Z4’s body to direct our eyes to the car’s split personality, depending on the line of sight.

From the low and wide front, accentuated by the flatter double grille to those alluring headlights, we start to see those classic roadster proportions with its long clamshell-shaped hood. It’s an athlete – agile and lithe.

But there’s a single strong line stretching from the front wheels to the rear of the car to tail lights, giving the impression of a fair bit of sculpting over the back wheels. The effect is muscular and imposing – a weight lifter – making the rear wheels appear bigger than they are. 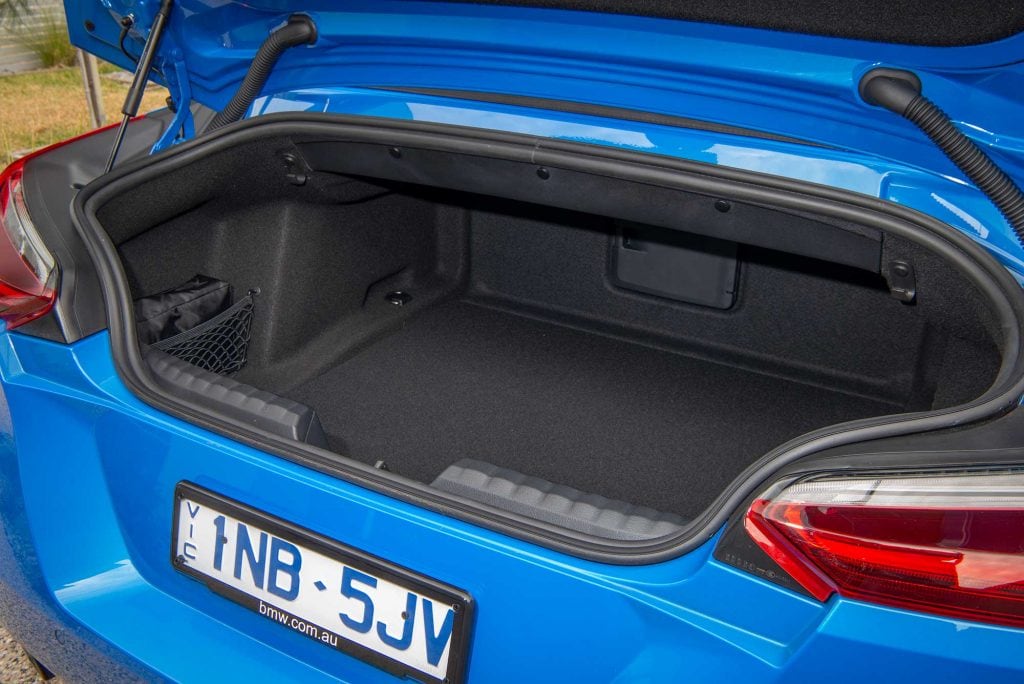 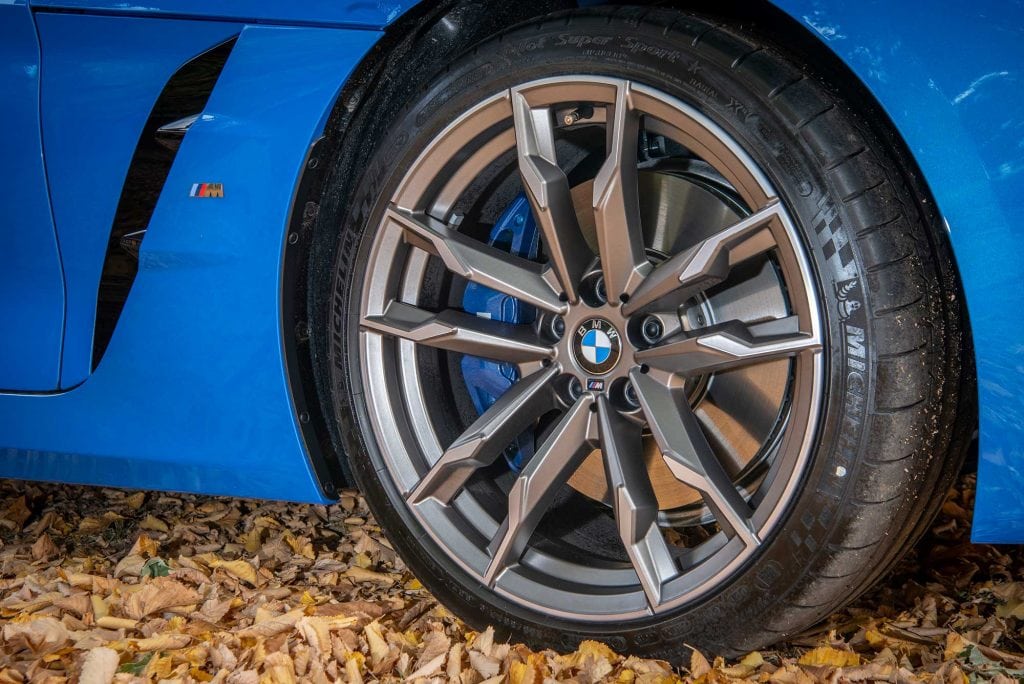 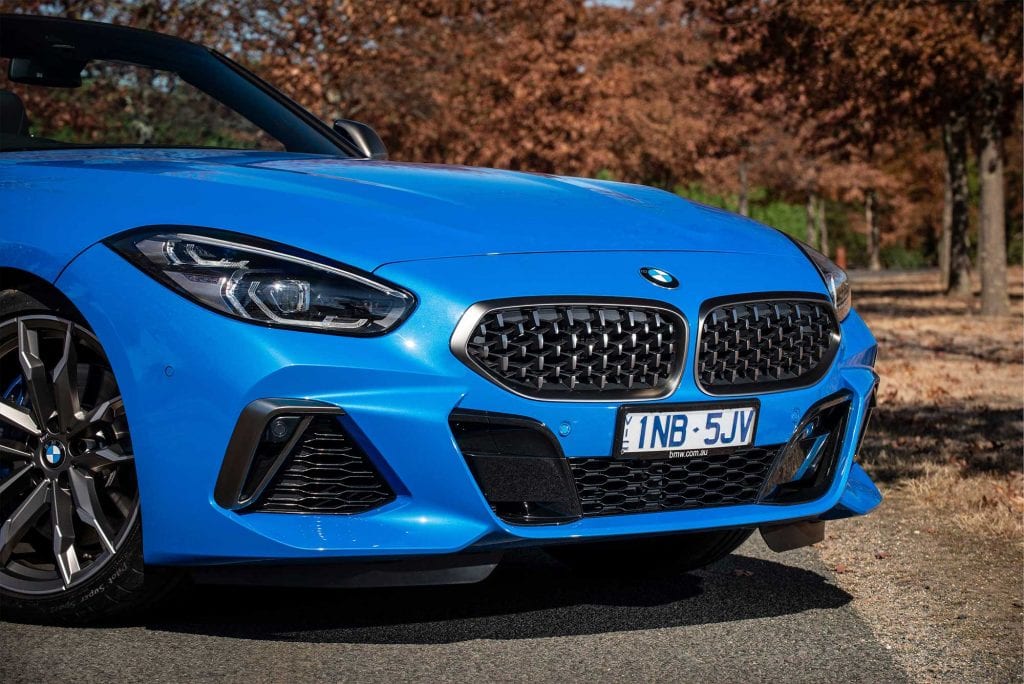 Road presence and the way it holds the road

That’s helped by those big wheels – 19-inch double-spoke alloys in our case – which give the Z4 a really sporty, low-to-the-ground look. The driver position in the cockpit is fabulous, with the electric seat adjustments allowing you to really hunker down behind the dash. There are loads of adjustments for the seats and steering wheel so there’s heaps of room for tall people and visibility is great.

Overall, the BMW Z4 just feels like a luxurious, solid and safe car on the road. As tested, the BMW Z4 sDrive20i variant Madam Wheels experienced was priced at $A95,760 before on on-roads. Among the inclusions in the optional M Sport Package were adaptive suspension, wheels, hi-fi system and a sportier body kit. 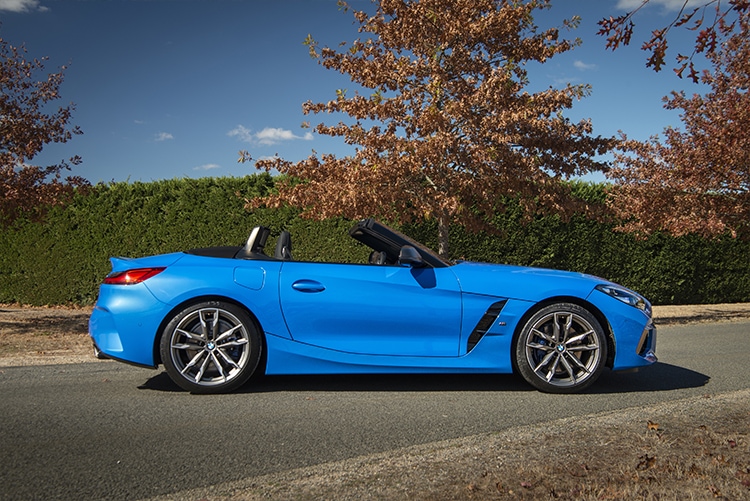 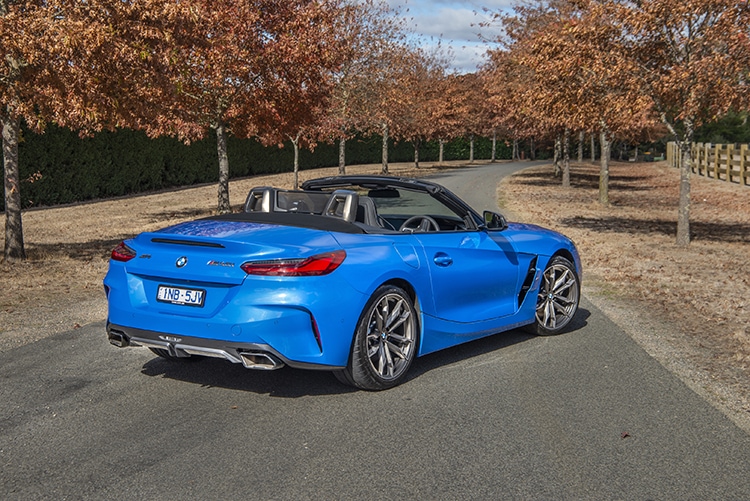 Luxury car brands have become increasingly creative in how they woo and retain well-heeled customers, especially using personalisation as an early-engagement enticement. Matching interiors to favourite golf bags, embedding artwork in the centre console, even allowing diamond-studded gearsticks are now par for the course. Well, Rolls-Royce Motor cars has just raised the stakes with the unveiling of the Rolls-Royce Boat Tail, the culmination of a four-year collaboration with some of the British brand’s most important clients.