Those stratospheric valuations go a long way to explaining why we rarely see such cars on the roads, here or overseas. Unless you visit classic car shows like Melbourne’s Motorclassica or the more lavish affairs offshore, you’ll rarely see such valuable vintage vehicles cruising the public byways. So when a set of special wheels makes itself available to be touched and admired – even sat in – by the general public, it’s an opportunity worth taking up, especially given how quickly automotive design, functionality and technology is moving ahead. 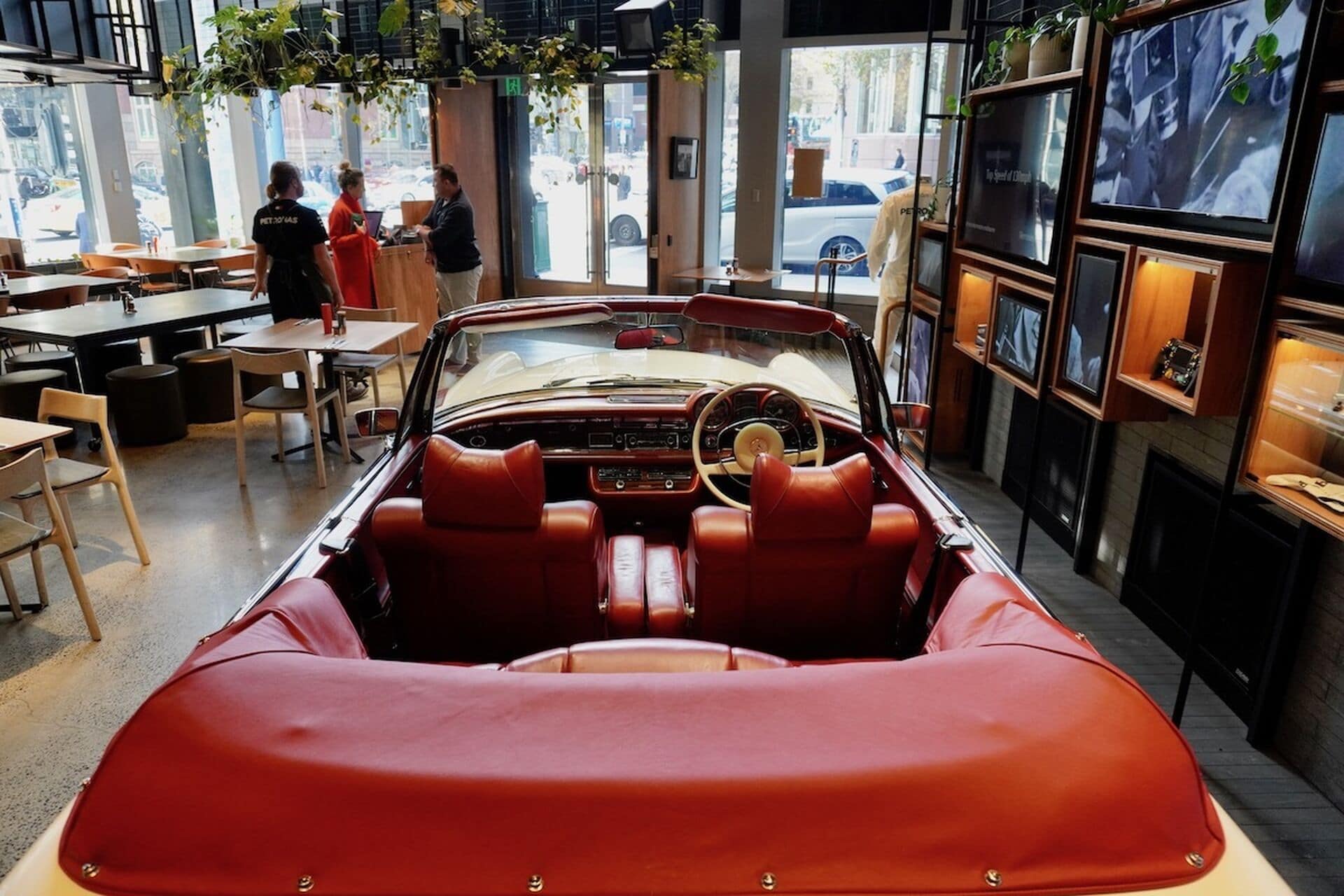 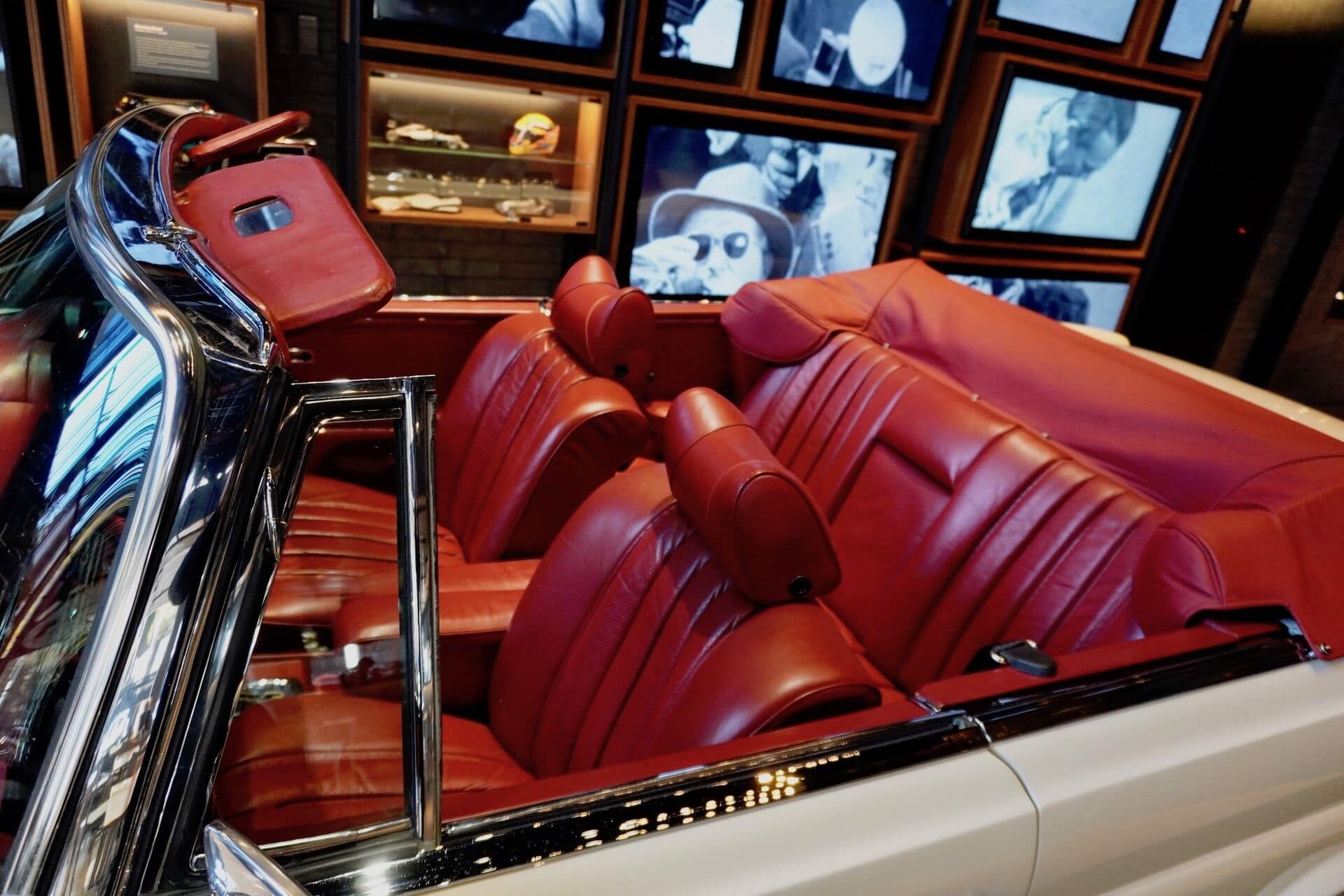 Not only can such cars give us a lens though which to admire workmanship from a different era, they also help us appreciate more fully how far and fast things have advanced in terms of safety and convenience. Take for example, the 1971 Mercedes-Benz 280 SE Cabriolet, an example of which has been parked at the Mercedes Me Store in Melbourne’s CBD for a few days this week. The cream convertible, restored to mint condition by a private collector, represents one of only 68 right-hand drive versions of the car ever made.

‘To be able to showcase privately-owned cars and some brand heritage in the store is, I think, very unique.’

The Mercedes-Benz W111, as it’s known, started production in 1969 selling for $19,000 at a time when Melbourne’s average house price was $11,400, according to Mercedes Me lead brand specialist Matt Bruce. He says a search for the model’s current value on the Mercedes-Benz “All Star” database yielded a price of 600,000 Euros ($A967,000) – but that was for a left-hand drive variant of the car which was “not so rare”. That, of course, throws this vehicle beyond the heady space of the $1m-mark. 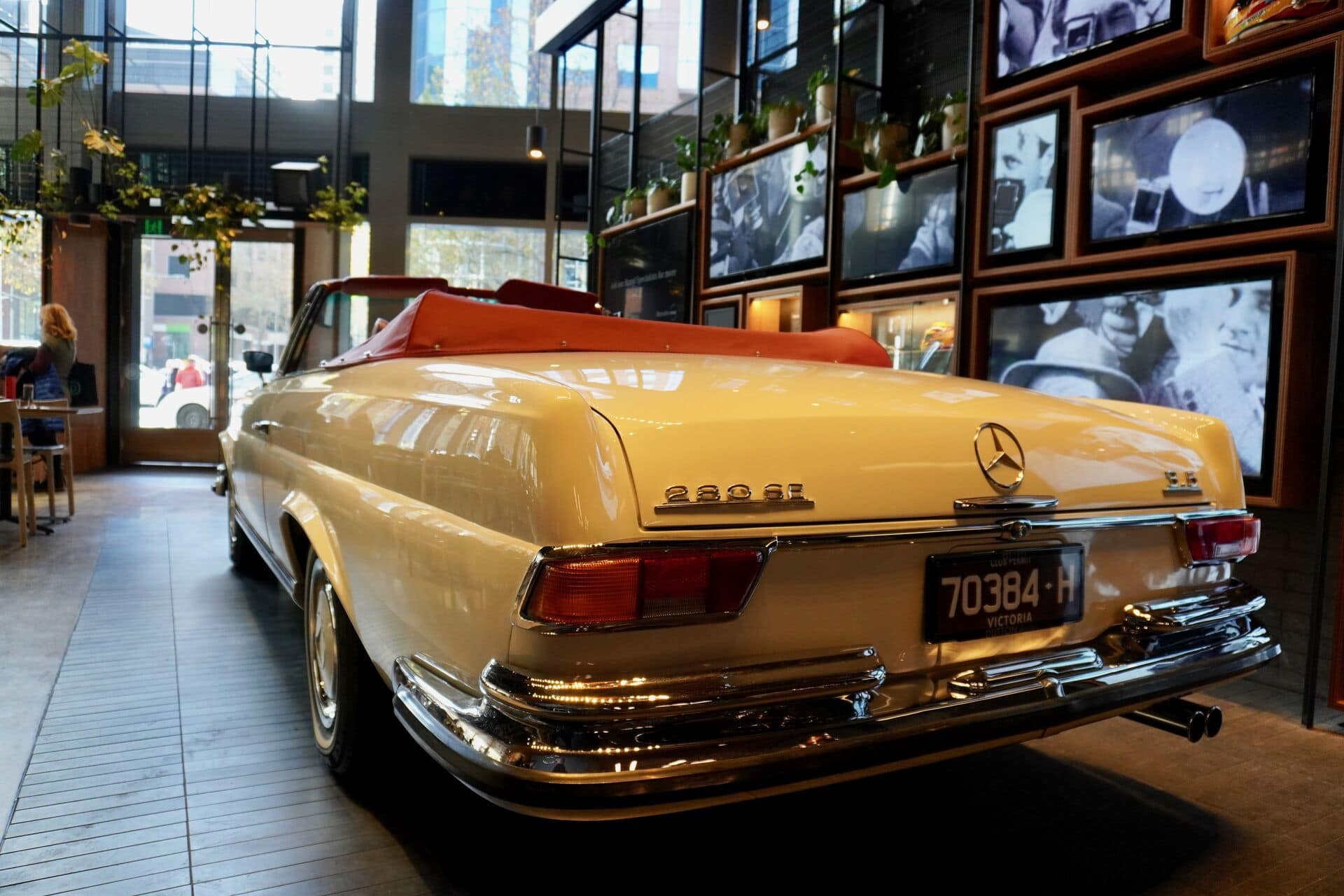 Madam Wheels got experience how such a car might feel while it was parked this week front and centre in the Mercedes Me Store in Melbourne. It felt like a kid on a car ride in a games arcade.We didn’t get to drive it, however, which was perhaps no bad thing. The car’s roof and windows were down on what was Melbourne’s coldest day in May in almost 20 years – roughly the same amount of time it took Mercedes-Benz to make another four-seater cabriolet after the W111 in the W124.

An over sized cream steering wheel dominated the driver’s seat, leaving to the imagination the possibilities for a pilot unleashed on the roads.Mercedes’ Bruce says classic cars like the 280 SE are particularly popular in the Me Store.

“This is one of the few opportunities the average person will get to see cars like these for themselves,” Bruce says. “To be able to showcase privately-owned cars and some brand heritage in the store is, I think, very unique.”It’s an offering which resonates with the store’s audience, he says, which averages about 600 people a day stopping in for drinks, to dine or to participate in the store’s series of diverse lifestyle events. “They like to see concept cars, and the modern fleet but the heritage and the classics are timeless,” he says. “We love bringing in new communities and we’ve got the platform to really change perceptions about what the brand stands for and how innovative we are now.”

And of course it pre-dated parking sensors, adaptive cruise control, lane assist and any notion of autonomous driving. You’d be on your own in a drive like this. There in, perhaps, lies the appeal. That notion of being in total control, confident that one’s innate facilities need to be switched on. That’s what driving used to be about, after all. But that was then. This is now. The future awaits.